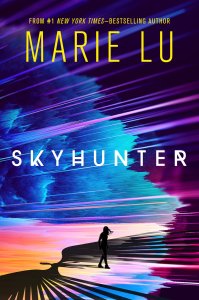 After reading the Warcross duology I hoped this would be similar in feelings and actions. It was. And I’m very happy.

I received this audible from Libro.fm and then the DTB from Bookish First so I went back and forth from reading to listening. I was fully caught up in the action. I hated to put it down to do life.

Talin is a striker and her only job is to protect her world from the Federation. She knows what horrific things they can do so she is willing to fight to the death to protect others from living what she barely lived through.

When a prisoner is brought in she discovers that he is way more than a simple Federation runaway. He just may well be the answer to how they can win this war.

I fell in love with all the characters. They each had a bond that was unbreakable. It was inspiring to see that. They would do anything and everything for each other.

Skyhunter is an action packed YA fantasy filled with emotions, family bonds and even a hint of love. I was on the edge of my seat as I neared the ending and frankly I’m a bit anxious to see what happens next. 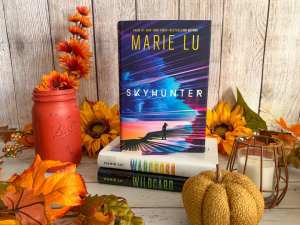 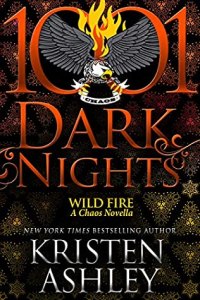 It felt so good to be back in the Chaos world.

For being a short book this one sure did pack a lot in. We met Dutch and Jagger a while back so it was nice to be able to see how they turned out.

Dutch made quite an impression on me. He didn’t go off the deep end or anything like that. He seemed even keeled, with a good head on his shoulders. Best part, he’s a reader! Heck, first time we see him he’s at Fortnums then at King’s Shelter. That’s when I knew this was gonna be fun. He’s determined to help a young man out before life grabs hold and pulls him down. What he never planned on was meeting Georgie in the middle of that.

Georgie and Dutch got off on the wrong foot but sometimes that bit of spice it what you need to get things moving in the direction they were meant to.

I loved watching these two together. They were good for each other. When she kept calling this rough and tough biker dude “cute” I giggled. They helped each other out quite a bit and it was nice to see a strong woman doing her thing, and at the same time, letting this alpha dude so his.

I’m a huge fan of Kristen Ashley’s books. I can’t get enough of them. Chaos and Rock Chicks were my favorite series. So when she blessed us with more from those worlds, I am all over that. And I’m excited to see that we’ll be coming for Jagger’s story later. Can’t wait! 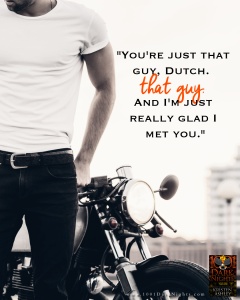 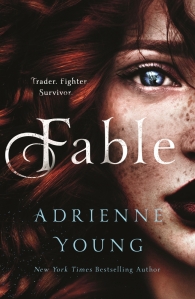 If you’ve read Adrienne Young’s books then you’ll know what kind of worlds she creates. With her words she transforms you into the scenes and you feel like you’re experiencing everything right along with them. I fell in love with the cover and I knew I would love the story. Honestly, I didn’t read the blurb til I finished the book.

Fable was abandoned by her father four years ago. She makes it her goal to somehow escape the island he left her at and find him in order to get what she’s owed. What she didn’t plan on was falling into a crew of throwaways and eventually becoming one of them.

I adored this book and couldn’t put it down. It’s been a long time since I felt like this while reading. There’s a very slow burn romance, which was written perfectly, which I was hoping for. There’s a sense of family, which made this story magnificent. I pretty much fell in love with everyone. To see all these guys and gals working together and willing to risk their lives for each other, it’s a beautiful thing. 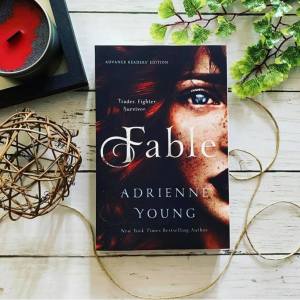