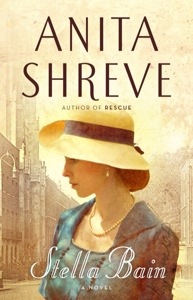 Historical fiction is a very popular genre these days. From “The Book Thief” to “The Help”, authors all around are creating beautiful works of literature that seamlessly mesh historical facts with spellbinding fictional story lines. This one could have been part of that elite group.

The story begins with an unknown woman waking up injured in a battlefield hospital in France. The year is 1916, and World War I is underway. The woman identifies herself as Stella Bain but can remember nothing more than working as a nurse’s aid and driving an ambulance. Whether this is true or not is anyone’s guess. Driven by the need to find out the truth about her past, she feels the urge to travel to London where she senses the truth must lie. When she arrives in London, she is taken in by a kind physician and his wife. With their help, she is able to recover her memory. As such, she discovers what she was unknowingly hiding from. Without giving too much of the story away, there follows a legal battle which forces “Stella” to confront her past.

I had high hopes for this book, having enjoyed other works by Anita Shreve. This one started out in dramatic fashion and held my attention through about two-thirds of the story. Then it just gradually faded away for me. The author is a skillful writer who weaves a beautiful story full of historical details. The problem for me was that it just died out towards the end. I felt like the ending was rushed and a huge chunk of time was skipped. I get a great deal of satisfaction from knowing what happens to “my” characters at the end of a book and this one didn’t do it for me. It’s not a bad story, but I felt that it could have ended on a better note.