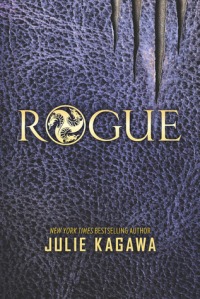 Another perfect young adult book, filled with action and adventure, and plenty of sweet romance and fantasy to keep me happy.

SYNOPSIS
Ember Hill left the dragon organization Talon to take her chances with rebel dragon Cobalt and his crew of rogues. But Ember can’t forget the sacrifice made for her by the human boy who could have killed her—Garret Xavier Sebastian, a soldier of the dragonslaying Order of St. George, the boy who saved her from a Talon assassin, knowing that by doing so, he’d signed his own death warrant.

Determined to save Garret from execution, Ember must convince Cobalt to help her break into the Order’s headquarters. With assassins after them and Ember’s own brother helping Talon with the hunt, the rogues find an unexpected ally in Garret and a new perspective on the underground battle between Talon and St. George.

A reckoning is brewing and the secrets hidden by both sides are shocking and deadly. Soon Ember must decide: Should she retreat to fight another day…or start an all-out war?

I love Cobalt. I do. Ember was driving me a little nuts, but she is 16 yrs old, so I need to cut her emotional behavior some slack. She is still torn between the soldier and the dragon. My inner teenager was very happy with this. I love that we saw a bit of his back story. It makes me wish for very bad things for Talon.

Ember has chosen to be a Rogue, but Talon won’t let her go so easily. They pull out all the stops and will stop at nothing to get her back, dead or alive.

Cobalt has lived as a rogue for some time now, but his safe houses are being targeted. So he must find out who’s behind all of this. I’m a bit fearful, that once this is discovered, I will not be with the outcome. But I hope I’m wrong. Again, I say, I LOVED Cobalt. He knows who and what he wants, and he will do everything he can to get it and defend it. I’m pulling for him.

Garret made his decision and now he must pay for it. St. George won’t let him just walk away. So no matter what, he’s on his own. I kinda fell for him, too. But he’s human, which means he’s bad for the dragons. Tough break for him.

I did enjoy the many points of view we had. It was nice to be in everyone’s head. But sometimes the heartache made me sad. But these people chose their paths and now they must defend their actions, no matter if it takes their life.

Get caught up with Talon (The Talon Saga Book 1)