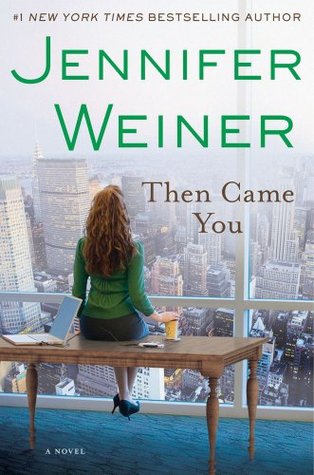 I love books by Jennifer Weiner. She has an uncanny ability to take something mundane, commonplace even, and weave an incredible story around it. This older story from her collection of hits is no exception.

This is a story of four women and how their lives come together in a most unexpected way. There’s Jules, a young college student desperate to save her father from himself. Annie lives a simple life as a mother and wife but longs to do more. India is trying to find happiness by remaking herself. And there’s Bettina, probably the most practical of the bunch who knows something is amiss when her very wealthy father takes a new bride. Finally, at the center of it all is a baby. Wanted by some, not expected by others.

On the surface this is a simple enough story, one that could be found in real life often enough. But here’s where the magic of the author comes into play. Jennifer Weiner is able to delve deeply into the past of each of these characters. She makes us understand their motives and even care about them. This is what keeps you reading until the very end.

It’s fairly common for authors to write their stories from different perspectives. Sometimes it works, but just as often it overwhelms the story. That’s not the case with this book. I had no problem switching between characters and even found myself looking forward to a new chapter which brought a new voice. Is the storyline a bit far fetched at times? Of course. But that’s why it’s fiction. It’s okay to suspend your sense of reality and lose yourself in a great story such as this one!

Buy It Now:   Then Came You

2 thoughts on “Review: Then Came You by Jennifer Weiner”