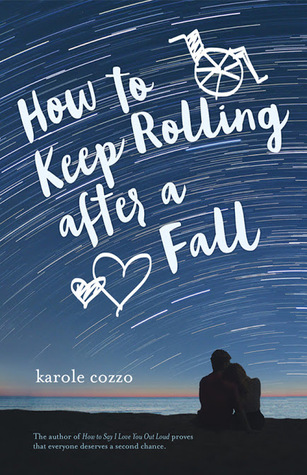 When I read Karole Cozzo’s debut novel, How to Say I Love You Out Loud, I knew I was on to something good.  So it was with great anticipation I began her new release.   And I just love when I can pass along five-star gems to other readers…

Nikki messed up big time, and she knows it.  After a party (unauthorized) at her house, pictures of a classmate end up on social media. And let’s just say these aren’t your average selfies.  Does it matter that she didn’t actually take and post the pictures?  Not really.  It was, after all, her house and her Facebook account.  Her punishment wouldn’t have been as hard to take if her friends hadn’t thrown her under the bus and left her to take all the blame.

A disappointment to her family and herself, she finds herself an outcast at her old school as well as at her new school.  She resigns herself to just getting by, not calling anymore attention to herself and making do until the end of the year.  But friendships do happen, and love interests do come along.  Nikki’s finding it harder and harder to forgive herself and to move on.  Will she be able to make amends and move forward?

This story takes a very real, very tough look at a topic very much in the headlines these days.  Where does personal responsibility begin and end?  Are you just as much to blame if you just stand by and watch? And how long does it take to earn back the trust of those you’ve disappointed the most?  Another outstanding story from this author!

~Buy It Now:  How to Keep Rolling After a Fall

4 thoughts on “Review: How to Keep Rolling After a Fall by Karole Cozz0”