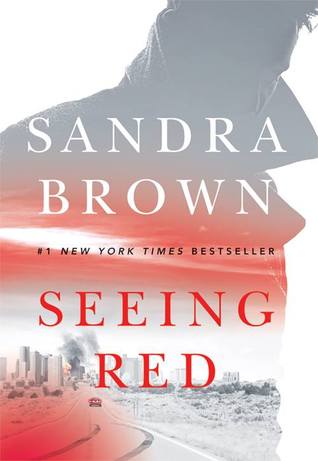 Sandra Brown never disappoints me.  While not all of her stories have been five stars for me, they’re all highly worthy of a mention.  Her newest is no exception.

Kerra Bailey’s career as a TV journalist has never been better.  And to top it off, she’s managed to snag the interview that’s eluded all others.  Major Franklin Trapper has shunned all publicity for the last several years.  Now he’s agreed to meet with her, to tell his story as the reluctant hero of a horrific bombing many years ago.  And the shocker for the audience?  Young Kerra was one of the people the Major saved.

But somebody doesn’t want the story told.  Fear of the case being reopened, maybe?  Regardless, both the Major and Kerra find themselves with their lives on the line.  Kerry escapes relatively unscathed, the Major isn’t quite so lucky.  Joining forces with his estranged son plunges her deeper into the mystery of who’s to blame.  And of course, romance happens.  It wouldn’t be a Sandra Brown without steamy love scenes, after all.

This is what she does best, writing about murder and mystery and love.  Another winner from this author!