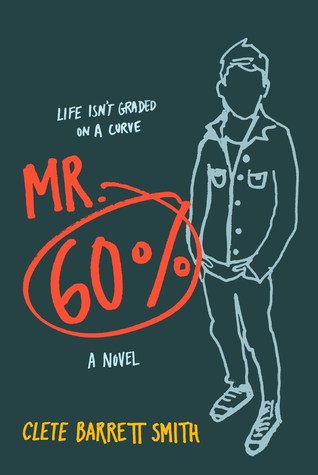 I love young adult books, especially ones that highlight the very real problems that teenagers face.  I’m not talking about a bad haircut or not getting a date to the prom.  Sure, these are tragic events to most teens.  But for many young people, the hardships they face are much more serious.

Matt has had a hard life, and it’s becoming more difficult each day.  His much loved Uncle Jack, the only stable force in his life, is in the last stages of cancer.  Matt carries the load for his small family of two.  In his case, that means dealing drugs at school to make ends meet.  It’s easy to judge him for this until you realize he does it to take care of his dying uncle.

Then he meets Amanda.  She’s his complete opposite, bubbly and cheerful and eternally optimistic. When he’s unwillingly partnered with her for a class project, he almost can’t handle it.  Amanda, however, sees something in Matt that most other people don’t at first glance.  And when she finds out the secret she’s keeping, she helps him out more than he could ever expect.

This isn’t a traditional feel good story where everything ends nicely at the end.  It’s a good story, though, safe for teens while at the same time showing another perspective of real life.  My only complaint is that I was left with more questions than I’d like at the end.