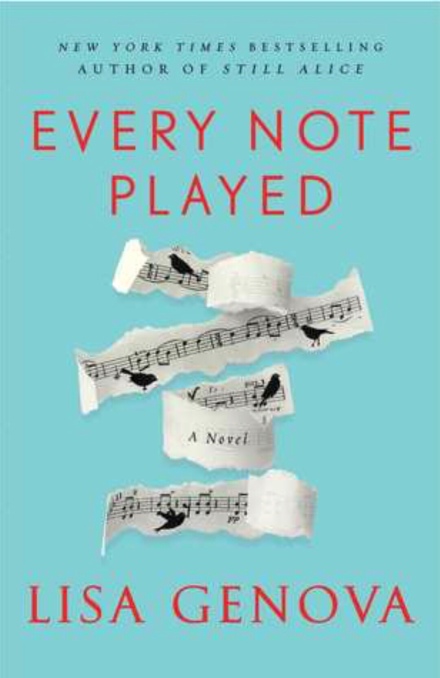 I should have expected it. Every book I’ve read by Lisa Genova has pulled on my heartstrings, tugged at something inside me. But she still throws me for a loop every single time. I think it’s because she writes stories that could happen to anyone, tales of heartbreak that are far too real.

Richard and Katrina were in love once, the deep kind of love that’s supposed to last forever. Their love didn’t last, though. Richard became a world-renowned pianist. And Katrina? She gave up her dreams so that he could follow his. Eventually they drifted apart, and then finally their love was no more. In fact, it became a deep hate on both sides.

And then Richard becomes ill. More than just ill, however. He’s diagnosed with ALS. Denial at first, but that’s not enough to keep its progression at bay. When Katrina finds out she’s torn. She wants to feel compassion for him but it’s hard. Soon enough, the day comes when Richard can no longer live on his own. To her surprise, Katrina does the only thing she knows to do. She moves Richard and all of his medical equipment back home, to the home they once shared. And thus begins their journey to the end.

This story makes you feel so many things. It could easily happen to any of us. And how would we react? Would I be able to put my feelings of resentment and anger aside as Katrina did? Would I be able to put my life on hold to care for a person who I once loved but now hated? The answer is, I don’t know. None of us do until we are in that situation. And if we’re lucky, we never will be.

Buy It Now: Every Note Played