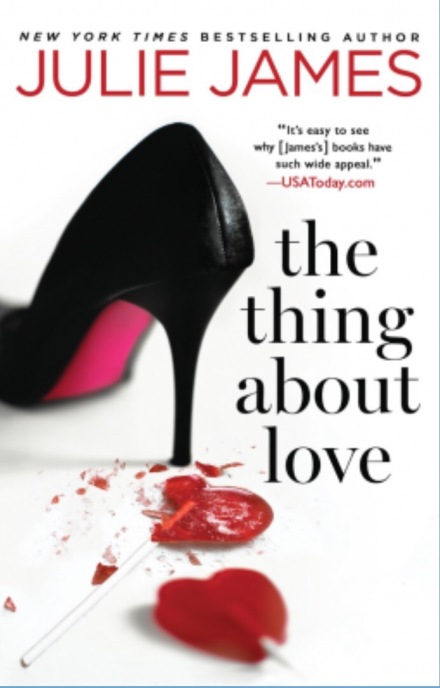 Jessica Harlow (love that name) and John Shepard went to the FBI academy together – and everything was a competition.  After six years in different offices, they’re back in their hometown of Chicago, working an undercover operation… together.

Julie James did her thing with this book – infused the right amount of levity, tension, witty banter, fierceness, and tenderness. In The Thing About Love, James gives us cool bromances, family get togethers, a trendy bar scene, and a trashy egomaniac of a mayor that you’ll love to hate. By the middle of the book, I KNEW Jessica and John, I rooted for them as they figured out how much of themselves to share, my jaw dropped when they moved their relationship in various directions, and I cried when Jessica finally saw her own truth.

I couldn’t put down this book for the life of me. I read it while I brushed my teeth and then stayed up really late and by that time I was at 84% so I just stayed up even later to finish it.

I finally saw the last page at 2:30am, got 4 hours of sleep, and I’m not even sorry. It’s a really good story with badass FBI agents. If that’s not enough for you, there’s a Gucci happily ever after, too.

Buy THE THING ABOUT LOVE 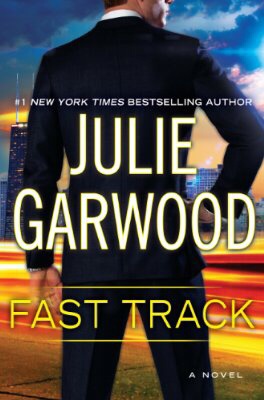 When you’re already laughing and crying in the first quarter of a book, you know it’s a good one. Once I got through my tears, Garwood had me on the edge of my seat. Fast Track was fast-moving through to the end, I’ll tell ya.

The complex plot included terrific friendships, happy couples, an impending romance, secret agents (well, two special agents and one guy who couldn’t be pigeonholed) and a family driven so deeply by greed that it colored black the relationships with their own blood! I loved every minute of the suspense.

The friendship among the women was good – they were real with each other. The guys related to each other pretty realistically, too. I didn’t love the hero… he had some personality quirks that just weren’t for me… but in the end his redeeming qualities shone through. The heroine was a strong woman who became a bit submissive when interacting with the love of her life – an annoying but understandable part of the story.

I struggled a bit with a few rambly parts … wordy pages here and there and some lengthy descriptions that I glossed over. I also noticed quite a bit of telling instead of showing. Besides that, the beautifully thought-out plot overwhelmed any shortcomings in the writing.

I like a nice, easy, cozy mystery once in a while. Especially before I begin a more complex read. Well, Death of the Couch Potato’s Wife fit the bill for a cute mystery requiring little effort.

Laura and her husband move to a small town from Chicago, and have to adjust to their new surroundings. At the same time, there’s a murder in the neighborhood, and Laura joins in the investigation.

I liked the friendship aspect of this story more than the mystery part. The mystery was a little hokey and far-reaching, frankly. But the relationships among the women could have been developed further … The women were likeable and strong.

This was a Christian mystery, but there was no preaching, and just a smattering of mentions of God. This was another area that could’ve been developed more, as Laura tended to think about God when she was worries about her marriage, and marriage is a pretty hefty topic!

The marriage survived, the murderer was caught, and the friendships thrived. All’s well that ends well.

When *you’re* ready for a break from some heavy reading, pick up a cozy mystery.

Now I’m off to read some Anne Rivers Siddons. *waves*