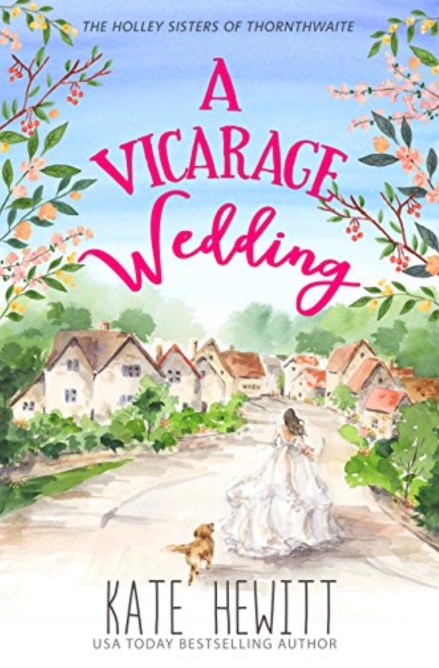 Kate Hewitt writes such realistic family relationships in this series focusing on four sisters who grew up in a vicarage. This third novel is about Rachel, the sister who wants a storybook life but never thought about the need for a strong foundation to build upon.

I like how no matter what emotional turmoil or complicated situation the sisters find themselves in, the other sisters are there to support them. Now, if you don’t have sisters, you might not recognize sisterly support. It’s not always soft words and hugs. Sometimes it’s a harsh truth (Esther!!!) and sometimes it’s just being there in the same room (Miriam!).

I also like that Hewitt writes in lovely male characters to (a) distract the sisters from their current problem, and (b) create new issues for them to figure out. And that’s certainly life for Rachel when her new job AND her new apartment come with broody but handsome Sam.

Book two in a series, The Sugarhouse Blues continues the sister drama among Des, Cara and Allie, while filling in the family tree with their Aunt Barney and third generation Nikki.

Reading this is like watching a home renovation show on HGTV, the Real Housewives of Small Town America, and a Hallmark movie all rolled into one. You’ve got your historical theater renovation, the dwindling inheritance, a spitfire auntie, the cute-no-nonsense-friendly-yet-alpha sheriff, a boyfriend or three, and the sisters who love each other – most of the time – and have very little patience for each other’s antics. I love it all.

Read book one first so you’re not lost, then get a hold of this one, pronto. And then you can wait with me – watching Housewives and eating popcorn – until Ms. Stewart releases book three.

The Family Gathering is book 3 in the Sullivan’s Crossing series, where I loved book 1, but had some reservations about book 2 (quirky wanderer gave me pause). I’m feeling the love again for this installment.

Dakota needs time to decompress after serving his country, so he visits his sister and brother in Sullivan’s Crossing. Besides building a relationship with his siblings and their families, Dakota starts to build a life in town (he sees it as temporary but come on now).

I very much enjoyed Carr’s customary secondary plot lines that reference past books but don’t depend on them. I also liked that she focused so much on family — because Dakota’s family totally had some issues to resolve! And of course the romance…. well, it’s obvious Sid would be a tough nut to crack. Question is, is Dakota the guy to do it…

As for my favorite part of most books: I won’t tell the hows and whys and wherefores, but after some work, Dakota and his family experience some pretty nice happily ever afters.

Oh Connie. Taken for granted by her husband and adult children — and not done a thing about it for years. Finally she and her little car set out find freedom on the open road, but of course they find so. much. more. I can’t really say all of what she finds because that would be giving away the good stuff, but let’s just say she has quite a few adventures and makes some new lovely friends who really appreciate her. Connie also meets up with some old friends who remind her how much they value her.

One big surprise is the ending. I don’t mean the ending ending, but like the last few chapters. I didn’t realize I was going to be reading such heartwarming stuff… but be forewarned and have a tissue ready.

Apart from a little morality misalignment (but that’s just me personally), I really just loved the entire book. Maybe because I sometimes feel taken for granted or ignored, like Connie did, I could truly relate. Or maybe because I’m feeling the itch for a good road trip, I was happy to live vicariously through Connie. And it could even be that I so loved this book because it provides a helpful perspective on seeing people and situations in a hopeful, positive light.

The end of the book mentioned a future sequel, so I’ve now added Dee MacDonald to my “regularly search for this author on NetGalley, Amazon and Overdrive” list.

As I settle in to my mid forties, I often think I should do some kind of challenge before I turn 50. I have one friend who collected library cards from the 50 United States. I know women who took all-girls vacations to tropical locales. And then there’s this book’s protagonist, who decided to do a different challenge each week for the year before she turned 50. The premise fascinated me and had my brain storming ideas from the beginning.

Some of these challenges just left a bad taste in my mouth. I thought they’d be charming challenges, but they were sometimes crass, sometimes crossing moral boundaries, and sometimes just silly. Now, I realize Amy’s friends came up with the list, but even if a good friend of mine challenged me to cross a line that I don’t think a married woman should cross, well, I wouldn’t cross it. Amy didn’t have such scruples. (Maybe I’m a prude, I’ll admit it.)

Playing in the background throughout the novel is the soundtrack to a marriage on the rocks. It was just too much negativity for me when I instead expected a happy go lucky, positive tale of self-discovery.

If you don’t need all the loose ends tied up, and if you’re a little mellower than I am when it comes to following the rules, you’ll likely appreciate Amy’s fun journey, supported by her awesome friends.

Sylvie and Dan try to spice up their marriage when it hits them that they have decades more of life together. In the midst of Dan working longer hours, Sylvie trying to save her employer from closing shop, and Sylvie still grieving for her late father, spicing up a marriage seems to be a tall order.

Kinsella brings to the forefront quirky characters (and I didn’t always understand their motivations until a scene was laid out for me, truth be told), family secrets, and the myriad ways people love each other. Cute, fun rom-com that was light on character development but full of charm.

Oh Esther and Will… hard workers, loyal to a fault, family-oriented… and then one trauma busts it all up and unearths some unexpressed feelings. Thankfully, their little town — including Esther’s family — provides the guardrails to help Esther and Will find their way.

Their struggle was real. I’ve felt it and I’m sure all married couples have felt it at some time in their marriage. Things are going fine until they aren’t. And sometimes the solution isn’t exactly staring anyone in the face. That’s why I am grateful for all the family and friends who witness wedding ceremonies – they’re there to help support the marriage when it’s foundering.

Kate Hewitt wrote more than just Esther and Will’s relationship though. There were family dinners, lonesome walks, friends meeting at the pub, sibling love, the wisdom of a mother, the comfort of a father, and so much forgiveness … all in a little village around an old vicarage in a wonderful, delightful series. 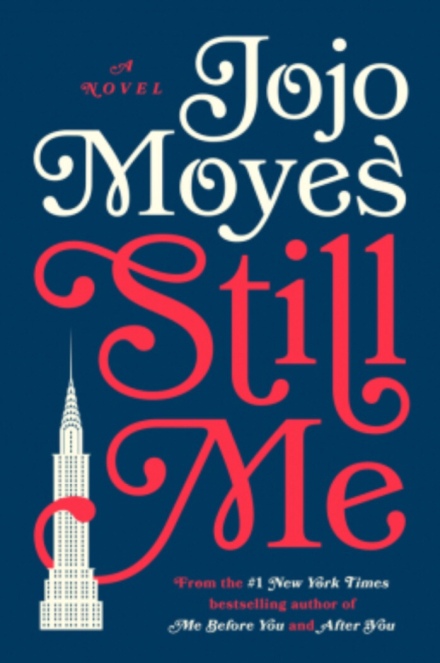 Louisa makes a go at being on her own in New York City! Moyes shows us that Lou is still a teensy bit not quite over the whole Will thing — and thankfully her city crush gets checked by reality before she gets too smitten. Caring for Agnes proves to be a struggle, kind of like it was with Will, but Moyes uses it as Louisa’s segue to better things.

By the end, Lou balances her natural talent for taking care of people with taking care of herself. Lou takes the opportunity to explore her passions, make new friends – shout out to Mrs DeWitt, the coolest building-mate ever – and grow up a little.

I don’t know what could be in store for a book four – maybe a year in the life of Lou and Sam – but I’m up for it!

What fun! Grad student Kate moves in to a unbeknownst-to-her-til-she-got-there posh apartment with a new, silly, girly-girl roommate, and boom, things start happening in her life.

The phone rings, and a gorgeous voice on the other end starts talking, looking for his sister (the roommate) but spending an awful lot of conversation on Kate. Roommate girl’s blondie friends give Kate a makeover (gasp) and help her find her inner fun self. Between the roommate and Gabe nudging Kate to know more of herself than just the Shakespeare-dissertation-writer, Kate develops newfound passion for her grad work and her social life.

This tale of silliness absolutely brightened my week. I didn’t care that there was actually no good plot reason for the roommate to ask Kate to live there, nor that Kate seemed uncharacteristically good natured about a bunch of strangers taking her out for 12 hours. I didn’t care that a few plot points were underdeveloped, or that the roommate did something a little unexpected and possibly contrived. Know why? Because this book made me smile. It’s a good bit of fun in a roller coaster world, and I’m totally glad I read it.

This book is actually a compilation of three serial novellas… just so you know… because I was thrown for a loop when I finished the first novella at 34%, previously having thought it was a novel, and wondering what the heck the other 66% could be! Now that that’s sorted…

I really enjoyed these entertaining novellas, each focusing on one member of the casual, put-together-on-a-whim, friendly club of women who like to cook. Alice Ross did a wonderful job making the friendships come to life and drawing the reader into each woman’s joys and pains. These are lighthearted stories, though there are a few heavy-hearted conversations among the friends about love, marriage, and children.

As an aside, I found it pretty awesome that one of the recipes a character makes is Patatas Bravas – the same dish my teenager had to make as part of a group project for her high school Spanish class.

So… each story has some seriousness, some playfulness, and a couple of out-loud laughs, but my most favorite happily ever after was in book 3 when karma makes an appearance, and the comeuppance is delish.