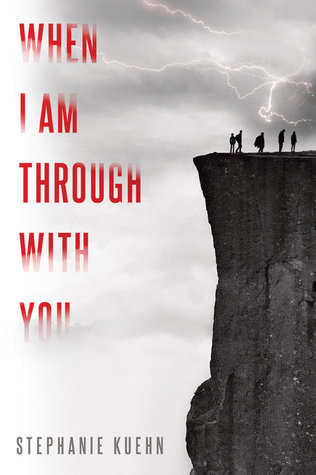 This one didn’t go anything like I was expecting.  That’s not necessarily a bad thing.  However, it does make for a difficult task writing a review without giving too much away.

Teenagers, weekend hike in the mountains, somebody dies.  That’s the story in a nutshell.  There’s a bit more to it, of course.  Ben starts off the story by telling you that he killed someone.  Not just any someone, but his girlfriend while at the same time claiming to love her very much.  Just how and why he killed her remains a mystery for much of the story.  Along the way we’re introduced to a host of other characters with their own bits of intrigue.

While this was a good enough story, I feel like it could have been more.  I somehow felt cheated by the ending as I was expecting something a bit juicier.  Still, it’s suspenseful enough to keep you interested as you wonder just what’s going to happen with this ragtag group of teenagers out in the middle of nowhere.

Read it and let me know what you think!

Buy It Now:  When I Am Through with You