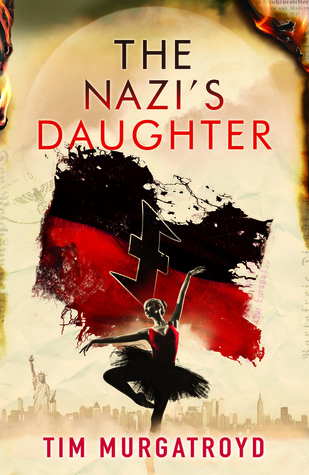 Books like this one are right up my alley.  Historical fiction, World War II era, a bit of suspense thrown in…these are the stories that stick with me.

Elise has a promising career as a ballerina.  She lives to dance, allowing herself to escape from the fact that her father is a high-ranking Nazi.  She’s somewhat of a disappointment to her family as she chooses to immerse herself in her career rather than fall in line with their Nazi beliefs.  When an injury forces her to take a break from dancing, she finds refuge on a small island.

It’s here that she meets Pieter.  Instantly attracted to him, she resists for as long as possible.  But when their chemistry becomes impossible to ignore, she finds herself in a precarious position as the daughter of a Nazi.  Pieter, the man she loves, is part of the Resistance.  Will it be possible to keep her two worlds separate?

This is, to me, the best and most compelling part of this story.  There’s more, though.  Fast forward to present day New York City.  Jenni is suddenly and unexpectedly the benefactor of her deceased grandmother’s estate.  Because she didn’t know much about her, and because her own life is in shambles, she immerses herself in grandma Elise’s past.  What secrets will she uncover?

A great story for fans of historical fiction with some romance and a bit of mystery as well.

Buy It Now:  The Nazi’s Daughter