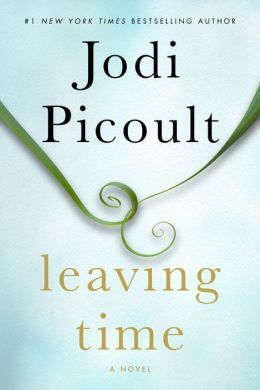 What can I say about Jodi Picoult?  Her stories have moved me in ways few others have been able to.  From the stories of families lost to love found, she gets me every time.  For some reason this one had slipped by me until recently.  And that’s a shame, because it’s one of her best to date.

Jenna is a child without a mother, and also very much without a father.  Her mom disappeared years ago after a tragic accident (or not?) at the family’s elephant sanctuary.  And her dad, for all intents and purposes, is lost to her as well as he wastes away in a mental institution.  Even though she has the love of her grandmother, she just can’t come to terms with the fact that her mom is not in her life.  Is it because she doesn’t want to be or because she can’t?  So Jenna enlists the help of a washed-up psychic along with the detective from the decade old case.  With their help, can she finally figure out what happened all those years ago?

Playing a central role in the story are the elephants.  Not just the physicalness of them, but of the similarities between their emotions and the emotions of humans.  So very different, but so very much alike.  For anyone who thinks these animals don’t feel, don’t love, don’t grieve,  I dare you to make that argument after reading this book.

This book is about so many things.  It’s about a child without a mother, a missing person, an unsolved mystery, and of course, the elephants.  It’s a cliffhanger until the very end.  And just in case you think you’ve figured it out before the last chapter, you’re wrong…