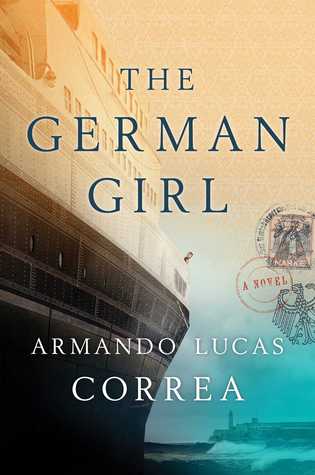 I love historical fiction, especially World War II era stories.  I’ve read many, ranging from exceptionally good to just so-so to absolutely dreadful.  But I’ve learned from each one of them, a bit of something from history that I was unaware of.  And isn’t that, after all, the point of historical fiction?

Young Hannah’s family isn’t particularly concerned in the year 1939.  Her German family is well to do, after all.  They move in all the best circles and want for nothing.  But things quickly begin to change in Berlin as the Nazis quickly move in and begin to take over.  They find themselves being shunned by those who once welcomed them.  Their possessions no longer belong to them.  And they no longer feel safe.  All because they’re Jewish.

So when her father discovers a possible escape route, he jumps on it.  After much struggle, the family finds themselves aboard the St. Louis, bound for Cuba.  The country has promised safe haven to those escaping Hitler’s Germany.  As the family pulls away from the shores of their homeland, they begin to relax a bit and hope for a happy future.  But things take an unfortunate turn when Cuba suddenly refuses to admit them.  An entire ship full of passengers is stuck in limbo as they await word of their fate.

This is an outstanding debut novel.  It’s clear that the author put much thought and research into this story.  We hear the story from two generations, that of young Hannah and that of her great niece, Anna.  As Anna discovers her past, she helps us to fill in the gaps as well.  An excellent story for fans of historical fiction!

Buy It Now:  The German Girl