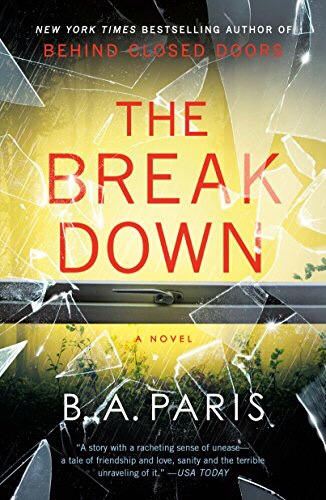 Have you ever just really, really disliked a character in a book? Admit it, even though they’re fictional, sometimes these “people” are just so very unlikable. That was the case for me with this one. I just didn’t like her. But then she redeemed herself. Not gonna tell you how because that would be too spoilerish.

When Cass makes a seemingly minor choice on her way home late one rainy night, things will never be the same. Her decision to NOT stop and help a stranded motorist begins to haunt her as soon as she finds out that the motorist, a woman traveling alone, was murdered that same night. She torments herself with thoughts of what if…

And then she begins to forget things, to misplace things, to question her sanity. It doesn’t help matters any that her mom suffered from dementia. So Cass is certain that she’s going down that same path.

This is one of those stories that’s hard to review without giving too much away. The story drags a bit in places, and as I mentioned earlier I really didn’t like Cass for much of the story. But because I’ve loved the author’s other books, I stuck with it. And I’m glad I did. You kind of see what’s coming near the end but that last twist is something else.

Buy It Now: The Breakdown