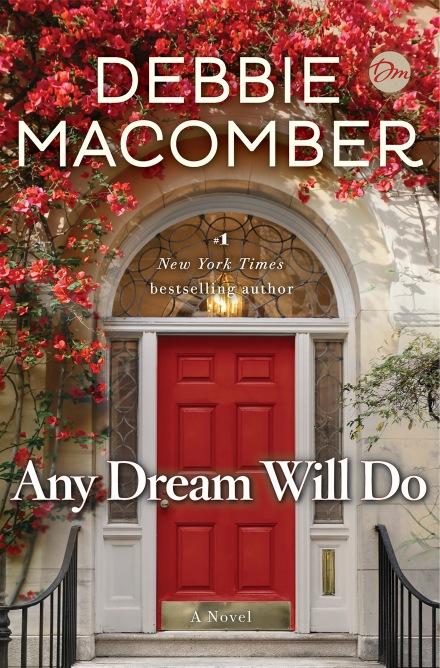 Sometimes predictable is just the thing you need, especially when it’s painted with the brush of faith and hope. Macomber is an expert in helping her characters gain faith in humanity and hope for themselves – even when it seems impossible.

Any Dream Will Do is the motto of Shay’s new friend — the one who will help Shay save herself from the pit of despair she needs to step out of. But Shay hasn’t believed in dreams in so long, that’s a tough order to fill.

I enjoyed this quick read centered around redemption and loving others. I’m not sure the story was quite realistic – there were some hokey parts where I suspended my disbelief – but it certainly was hopeful. And although only a small part of the book focused on romance, Macomber wrote a lovely happily ever after.

Buy ANY DREAM WILL DO

This crime thriller had me on the edge of my seat — and even though I saw through the bad-guy-posing-as-a-a-good-guy right from the beginning, the raveling of the tangled web was full of surprises.

Audie Palmer is sent to prison for a crime he didn’t commit. But the story isn’t about the crime.  It’s about the guys who committed the crime, and the crimes they’re committing STILL. Life or Death is about being trapped, running for love, keeping promises, and the desire for freedom. It’s about trust, and the violence that begets violence when trust is breached.

If you can withstand the dirty cops, even dirtier politicians, and plentiful murders in cold blood, don’t miss this excellent read. 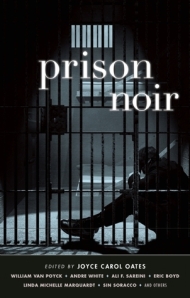 This is a collection of short stories edited by Joyce Carol Oates. The authors of the stories are all prisoners in the United States prison system.

Some of these stories are *really* good! They are so good that it is easy to forget that they were all written by inmates. Having said that, what the hell does that even mean? Like it is unheard of that an inmate can actually write….psssffffttttt…..

It really made me stop and think about society’s narrow-minded view…..about my own narrow mindedness….I’m not exactly sure what I was expecting when I started this book. What I expected the stories to be like….however, it wasn’t what I was expecting….

I can only be reminded of a line from Charlie Chaplin’s great dictator speech “You are not cattle. You are men.”

Yep…pretty much sums it up for me. Regardless of how they got there…or why they are there….Prisoners are not just numbers. They are not just some faceless shadow on a wall that we dare not look at….

These stories demand that we take a look at them….they demand that we look eye to eye….sure, you might not like what you see….if might not change your feelings one way or the other….but damnit…you will at least see them…..

ARC provided by Edelweiss for an honest review 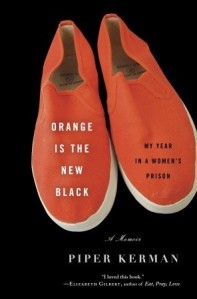 To many readers, today’s review may seem like an awfully familiar title. Well, you would be right. This week I read the memoir that inspired the Netflix show, Orange is the New Black. The memoir, also titled the same, follows a period of just over a year in the life of Piper Kerman. Piper is, by her own account, a blonde, upper-middle class, private college educated female. However, when she was young and naïve, yearned for something a little more risky and exciting. This came in the form of Nora, her lover and fellow convict. Nora convinces Piper to smuggle drug money across international borders, and the crime eventually catches up with her… More than 5 years later. Imagine going about your day and suddenly, two FBI agents come to your front door, hand you a notice of indictment, and inform you that you are to appear in court on federal charges of money laundering and other drug related crimes. Well, that’s what happened to Piper and it would be a further 6 years before the trial took place. Being sentenced to 15 months, Piper was lucky. Very lucky. The real meat of the memoir begins when she surrenders at FCI Danbury, a federal prison complex in Danbury, CT. Again, this was pure luck, as the second nearest federal women’s prison is located in Virginia.
OITNB, explores the day to day interactions that Piper has at Danbury. We get to know a host of the various prisoners and the guards, and how each one impacts Piper and her experience. Fans of the Netflix show will be glad to hear that many of their favourite characters make an appearance in the memoir, albeit in different formats, and names. However, the reader gets a much more intimate glance at these characters than they do in the Netflix show. I don’t really want to go over any more of the narrative as it is not necessarily linear, and it wouldn’t make much sense out of context.
If you want a read that will make you laugh, think, despair, angry, sad and confused, then I highly recommend this offering from Piper Kerman.
Until next time,

Pegasus.
Orange Is the New Black: My Year in a Women’s Prison